5 Healthy Ways to Deal With Toddler Tantrums from a Child Psychotherapist.

Whether your child is in the “terrible twos” phase, or perhaps they are having a delayed tantrum phase at age 4 or 5, knowing how to deal with this challenging behaviour in the most effective way can be tough – especially when everyone on the street is watching these meltdowns with judgmental eyes.

Before we begin, it’s essential to understand that tantrums are an inherent part of a child’s development, so forget trying to avoid them happening altogether, it’s how you deal with them as a parent that’s important.

Tantrums tend to arise when a child is developing their ego, it’s how they separate their body from their mother’s body. Up until a certain point in their development, a child will believe that their body is part of their mother’s body, but as they grow, they will realise “Ah wait, I have my own body, it’s mine, and mummy has her own body which is not attached to me.” This is when they realise that they have control over their actions and tantrums are their way of exercising that control.

Because this behaviour is a way for a child to learn self-regulation and self-control, the more effective a parent is in dealing with them, the faster the child will learn and the quicker the tantrum phase will pass.

But, as a parent, just how do you deal with tantrums in a way that is healthy for both you and your child? We spoke with child psychotherapist, Claire Francica, to find out. 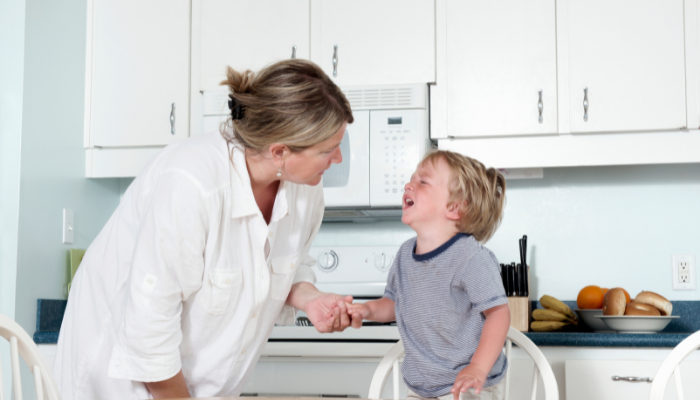 Often a child’s physical development can progress faster than their emotional development, this leaves a gap that is then filled with frustration. There are four main feelings that a child initially needs to get to grips with: happiness, sadness, anger and excitement. Until they can identify these, they will know that they are feeling something, but they’re not quite sure what, so it becomes this stressful hodgepodge of intense feelings all mixed together.

To help the child develop a better understanding, parents can begin to label the feelings. So, if you have a child kicking things and shouting at you, you can say something like “Jack, you are angry”. Give it a name so the child can understand what they are feeling. This helps to reduce the fear and confusion that can be experienced during overwhelming emotions. 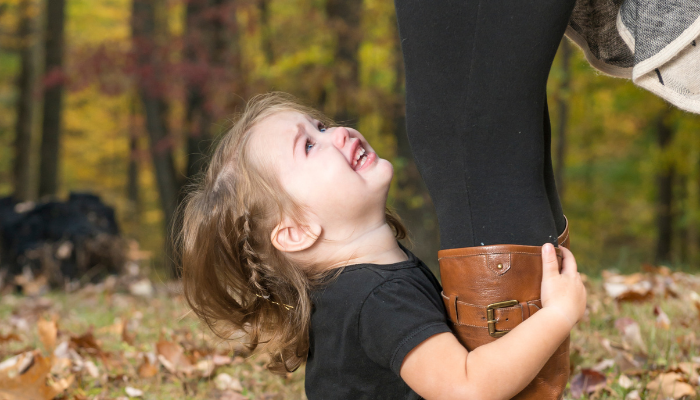 In terms of duration, tantrums tend to be very similar to panic attacks. Research has shown that panic attacks are no longer than 20 minutes, so the best intervention for a panic attack is to wait it out, the worst thing is to fight it or try to run from it.

When it comes to tantrums, however, the parents are so disturbed seeing a child in such a distressed state, they feel like it’s their responsibility to fix it. But it’s important not to act whilst the child is in the middle of a tantrum. Instead, wait it out. Note that if your child’s tantrums are lasting longer than 20 minutes, then this is a sign that your strategy isn’t working and you should consider re-evaluating your approach. Avoid continuing to push strategies that aren’t getting any results.

Tantrums are all about control. When a child is acting out, the message they are trying to communicate is that “I am in control”. If the parent then intervenes, they are clashing with the child and challenging that control. This then creates a power struggle, a head-on collision that will exacerbate the situation, because now the child is more determined than ever to win this battle and the tantrum will become worse.

What you can do is literally sit down next to the child and wait for them to calm down. Not necessarily saying anything to the child except for “When you’re calm, we can talk about it”.

When they are old enough to understand, around 3 or 4 for example, you can also make them aware of how calm you are being in reply to their demands: “Look, daddy isn’t getting angry and shouting like you are.” You are demonstrating that their attitude is unacceptable, and you can be firm in telling them this.

Make sure that nothing is given to the child during the tantrum to placate them, and you should also never remove yourself from the environment. A child will become incredibly anxious if they are left alone when they are distressed because, again, they feel that they are losing control and so the tantrums will get worse and occur more often. 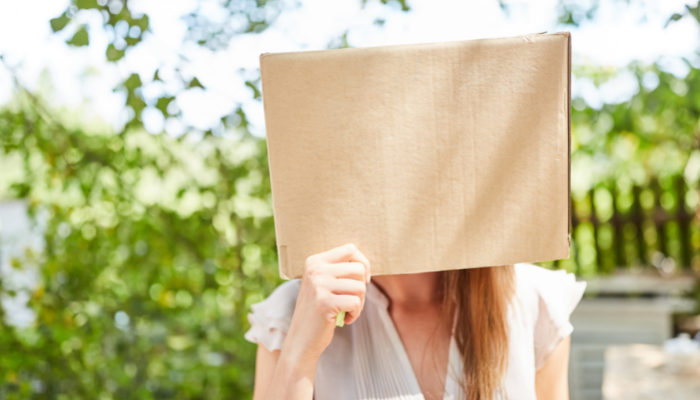 When your child is having a meltdown, not only do you have to deal with the horrible situation of a tantrum, you also have the feeling that you are being watched and judged by other adults around you. It’s important to ignore other people and fight that feeling of shame or embarrassment.

Focus solely on the child and your routine for dealing with this behaviour. Even if other people try to help – the granny, the neighbour, the cousin – don’t allow them to take over. It could result in the child believing that “Oh, if nana comes in, I can win over mummy”. Just be assertive in telling those around you that only you know how to deal with the behaviour in a way that is specific to your child. 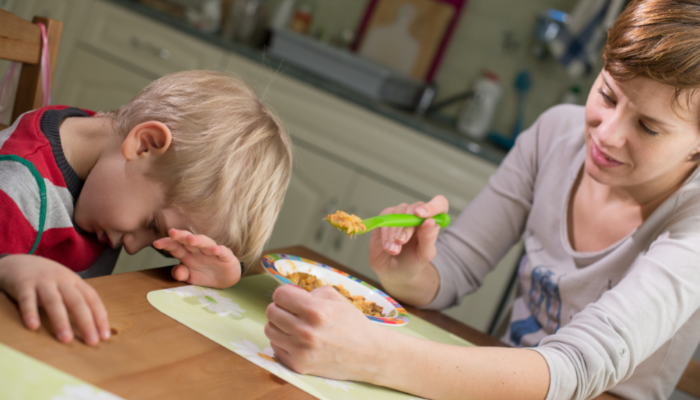 Sometimes what’s causing the upset is obvious, but sometimes you have to figure out why they are behaving this way. It could be something that happened before the tantrum that the parent might have already forgotten about. This is known as antecedent behaviour.

For example, your child may have been refused a toy when out shopping, and now, a few hours later, they are refusing to eat their lunch. The tantrum is not about suddenly not wanting their favourite food, it’s still about the toy.

The child may not necessarily be aware of what is causing the frustration, they just know that they are feeling anger. So, if you suspect that the trigger is from an upset earlier in the day it is useful to explain it to the child. “You are not angry because you don’t want to eat, I think you are still angry because you didn’t get the toy you wanted.” Once they understand the cause of their feelings, it reduces the frustration.

5. Meet them half way 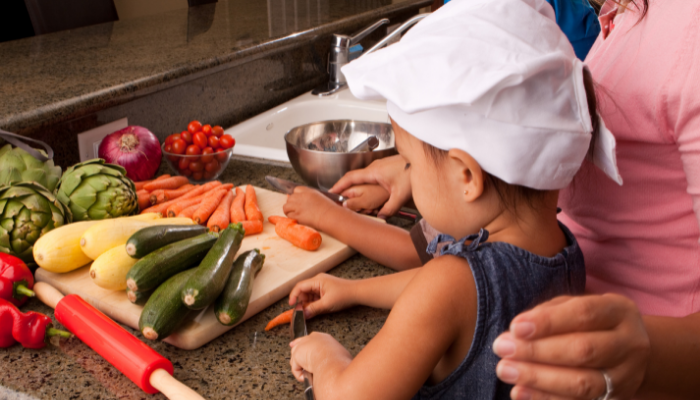 The crux of all toddler demands is control, but as a parent you have to learn how to gauge when to allow them to take control. Some parents have an authoritarian style where the child is rarely given what they want, even when they’ve calmed down from a tantrum they are denied any autonomy. This will not help to reduce tantrums as it only creates tension in the relationship and a lack of trust.

On the other end of the spectrum, you have the laisse faire parenting style whereby the parent immediately responds to the tantrum. If the toddler wants a biscuit, the toddler gets a biscuit. The child will quickly understand how to work a parent like this and will play it in their favour. This can cause tension between the parents themselves, especially if one prefers to wait out a tantrum and the other one doesn’t. It’s important to agree as a team that both parents wait it out.

The healthiest way to deal with tantrums is to aim for somewhere in the middle by adopting a more democratic style of parenting. This is where you identify what the child wants and responding accordingly. So, for example, if the child is upset because she wants to put her own clothes in the drawer, this is a life skill, so let her do it. If she wants to cut up her own food, give her a safe knife, let her mess it up and learn. Wanting another toy car when you already have 10 in the toy box, however, is not a life skill and this is where they need to learn to regulate their behaviour, and you wait it out with them until they’ve calmed down.

– Never remove food as a way to deal with a tantrum. If they don’t want to eat, that’s fine, but the food stays on the table. Food is a child’s nourishment and shouldn’t be used as a bargaining tool.

– Stick to the content. If a child is angry because he wants a biscuit and they kick the door. Don’t then be angry with them for kicking the door. It’s a totally separate issue that was sparked by the biscuit, so keep focused on the original trigger.

– Don’t make promises. Not giving the child the balloon they asked for, but instead promising they will get the balloon tomorrow in order to keep them quiet later is just another way of rewarding them for their unreasonable behaviour.

Before becoming a psychotherapist, Claire Francica worked as an educator in various local educational institutions over a span of 15 years. She then moved on to pursue her training as a Play Therapist in France and Hong Kong. In addition, she spent 6 years commuting between Malta and London to complete her Doctorate in Existential Counselling Psychology and Psychotherapy, her training in Existential Coaching and her training in Parental Alienation.  She is now in private practice and has been doing psychotherapeutic interventions for the past twelve years with children, adolescents and, more recently, with adults. Claire is currently pursuing additional studies in Psychoanalysis and is a training candidate at the C.G. Jung Institute in Zurich.
Contact: [email protected]

For more expert advice on anything from pregnancy to birth and parenting, visit our Island Experts section.

The Team
Previous Post
Pregnancy and Parenting Books the Island Bébé Team Love
Next Post
Hit the Sand in Style With These Cool Kids’ Beach Essentials. 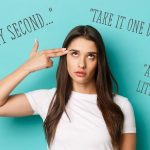 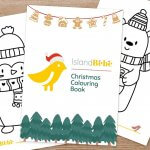 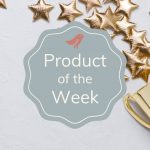 Product of the Week: The Cuddledry hands-free towel 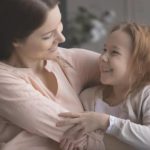 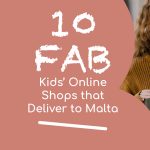